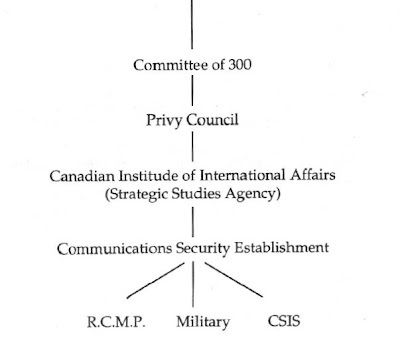 Plate 27: The RCMP, Military, and CSIS we know, but the others we may not know: The Communications Security Establishment (CSE) is the agency that ties Canada most firmly to the Western Intelligence Community. The price is high! Its annual budget is in the $250 million range, with an additional $100 million to upgrade its facilities and equipment, including a Cray Super-Computer (the only other one in the country is at the University of Toronto).
The Canadian Institute for International Affairs (CIIA) is the equivalent of the American Council of Foreign Relations (CFR) and the British Royal Institute for International Affairs (RIIA). It runs Canadian politics: its members have filled the position of Secretary of State ever since it was founded in 1925.
The Privy Council represents Canada's Colonial link with Britain and the Knights of St. John of Jerusalem, who control Canadian commerce in all of its facets. The Committee of 300 we have already examined.
Publié par Clouseau à 31.12.07

In the course of his interview, Glen Kealey mentioned Mrs. Hak Ja Han Moon's address on Parliament Hill in 1993, with the former Governor General of Canada, Edward Schreyer, in the Chair and a Professor of Religious Studies from the University of Toronto, P. Bilaniuk, reading the invocation.

I was successful in tracking down a text of Mrs. Moon's address. The first paragraph of section V reads as follows:

The bible teaches that Eve was the first to disobey God and enter into a relationship with Satan. Due to the Fall, not only Eve, but also Adam and their sons, Cain and Abel, inherited Satan's lineage, based upon selfishness and false love. As the descendants of the original couple which was compromised by Satan, we have all inherited a satanic lineage. For this reason, Jesus said in John 8:44, 'You are of your father, the devil....[my italics]

The address then goes on to speak about the Second Coming (or Second Advent, as Mrs. Moon calls it) and also about the things we really care for - children, husband, parents, love. As I continued reading this masterful address to our Parliamentarians, I could not help noticing that when we are hearing about the things we do care about, we can be so disarmed from our usual critical scrutiny that sometimes we allow the diametrical opposite to slip past the seeming unassailable fortresses of our souls - and attempt to gain a footing there. In other words, the seed is planted in the soil of the soul before we are even aware that it has fallen from the tree:

while we were asleep
the bad seed was sown

This is what seems to have happened on Parliament Hill that evening when Mrs. Moon visited our country.
Publié par Clouseau à 30.12.07